We'd love to hear to see you there!

Baritone Roberto Borgatti’s ascent on the opera scene was anything but traditional. As a professional golf instructor, he is heard singing “Verdi “ on the greens, conducting clinics to professional organizations and teaching professionals around the world.

With a “voice that thrills” and a “captivating stage presence,” Borgatti has proven a favorite for NYC opera audiences.

Performing with Borgatti will be pianist Brent Douglas who has played piano and celeste in The Florida Orchestra since 2013. Douglas was named 2016 Classical Musician of the Year by Creative Loafing Magazine of Tampa Bay.

“Impressive …a role he was born to sing… finely attuned to the Italian language and phrasing…substantial voice, great technique and dramatic chops to match.” www.Opera.com 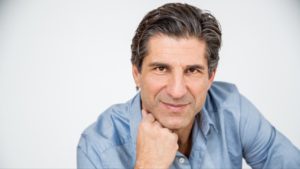